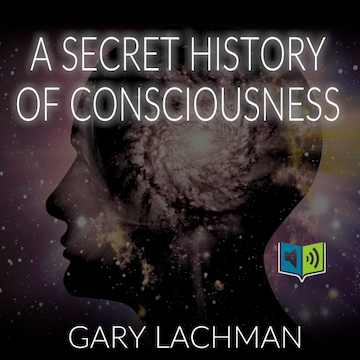 For the last four centuries, science has tried to account for everything in terms of atoms and molecules and the physical laws they adhere to. Recently, this effort was extended to try to include the inner world of human beings. Gary Lachman argues that this view of consciousness is misguided and unfounded. He points to another approach to the study and exploration of consciousness that erupted into public awareness in the late 1800s. In this “secret history of consciousness,” consciousness is seen not as a result of neurons and molecules, but as responsible for them; meaning is not imported from the outer world, but rather creates it. In this view, consciousness is a living, evolving presence whose development can be traced through different historical periods, and which evolves along a path to a broader, more expansive state. What that consciousness may be like and how it may be achieved is a major concern of this book .

Lachman concentrates on the period since the late 1800s, when Madame Blavatsky first brought the secret history out into the open. As this history unfolds, we encounter the ideas of many modern thinkers, from esotericists like P. D. Ouspensky, Rudolf Steiner, and Colin Wilson to more mainstream philosophers like Henri Bergson, William James, Owen Barfield and the psychologist Andreas Mavromatis. Two little known but important thinkers play a major role in his synthesis―Jurij Moskvitin, who showed how our consciousness relates to the mechanisms of perception and to the external world, and Jean Gebser, who presented perhaps the most impressive case for the evolution of consciousness.

An important contribution to the study of consciousness … a must-read.

“A marvelously exhilarating gallop through every important modern theory of consciousness, from Steiner to Maslow, from Bucke’s ‘cosmic consciousness’ to Gebser’s ‘integral consciousness.’”―Colin Wilson, author of The Outsider and Access to Inner Worlds

“Opens up vast vistas of possibility, suggesting that what we experience as the earth may, in itself, be inseparable from our state of mind, and that the evolution of human consciousness may be as fundamental a process as our development through genetics. A must-read for those seeking an escape from our contemporary culture’s cul-de-sac.”―Daniel Pinchbeck, author of Breaking Open the Head

“Thinking outside the box, Lachman challenges many contemporary theories by reinserting a sense of the spiritual back into the discussion. Profoundly erudite, yet easy to read, this book is a provocative mind-stretcher.”―Leonard Shlain author of Art & Physics, Alphabet versus the Goddess, and Sex, Time & Power.