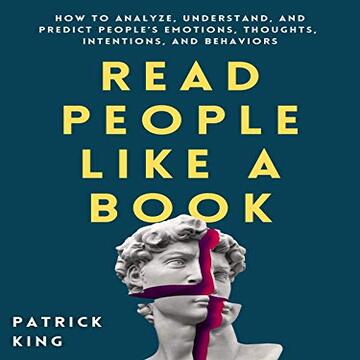 Just like it seems that everyone believes they’re an above-average driver, most people seem to think they’re good at spotting liars—when they may not be. A 2006 study in the Forensic Examiner journal found, in fact, that people were generally quite bad at detecting liars, and it didn’t matter their age, their education levels, gender or confidence in being able to sniff out deceit.

Read People Like a Book: How to Analyze, Understand, and Predict People’s Emotions, Thoughts, Intentions, and Behaviors (How to be More Likable and Charismatic Book 9)

02:47 Lie detecting is generally most accurate when:

•The person doing the lying is spontaneous, i.e., they haven’t had any time to rehearse their lie or prepare themselves

Unfortunately, there is no single cue or sign that is a reliable indicator of someone’s dishonesty.

05:13 It’s All About the Conversation

Ask the man in the street how to spot a liar and he may tell you things like, “his eyes go shifty” or “he looks up and to the right” or, “he stutters.” Even properly trained professionals may trust some of these techniques as foolproof ways to spot lying. But sadly, if it was this easy, lying would be much less commonplace and nobody would ever be deceived.

Put yourself in a liar’s shoes (or remember the last time you told a whopper!).

You have a lot of little details to keep track of, and have to appear calm and confident while doing so.

You can imagine that’s it’s far easier to get your story straight if you’ve had time to run through everything in detail first.

14:49 How to Increase Cognitive Load

Telling the truth is pretty easy—all you have to do is remember what you can and say it out loud. Telling a lie is far harder, cognitively speaking at least. You’re not remembering anything, you’re actively fabricating a new story—one that has to have sufficient credibility.

18:39 Finally, watch how emotion is expressed during a conversation.

Joe Navarro, ex-FBI agent and expert in interrogation, reinforces the importance of clusters of behavior, rather than individual observations. Behind the cognitive fact of the lie, is an emotion: guilt, nervousness, fear, or even a secret thrill at getting away with things (called “duper’s delight” by those in the know). Lies can often be presented with a kind of cool, calm detachment. You may see the person carefully add a bit of faked emotion here and there for effect, but if you know them well, these expressions may seem a little off somehow—either the emotion seems delayed, timed strangely, last too long or are of an inappropriate intensity.

Keep the words flowing by buying me a coffee.